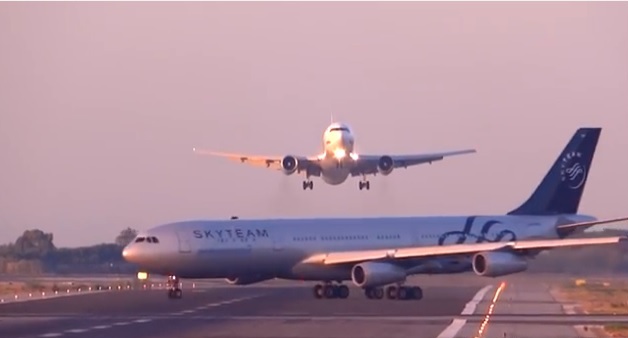 A Simple Maneuver Goes Up Against Stiff Resistance

If you’ve managed to pick up any aviation magazine within the last couple of years it isn’t difficult to spot material regarding a pilot’s failure to elect to go-around as a contributing factor in far too many incidents and accidents. Many of us read such articles or reports with the mindset that, having the benefit of hindsight, the decision to go-around was an easy one. Unfortunately most of us would have done the exact same thing. Continued the approach to a landing with the hopes of salvaging it. It’s honestly mind boggling witnessing this first hand when the simplest and usually easiest solution is a go-around. Believe me, I am of guilty of this, too!

One all-too-common instance that I see this decision making is during stage checks. Short-field approach and landing. Touchdown spot designated. Applicant floats beyond the tolerances for touchdown zone length and still waits for the plane to plop on the runway having already known they’ve gone too far. “What would you have done if the field was truly 2000 ft long?” I ask. “I would’ve done a go-around,” says the applicant. Another example is when I attempt to prompt a go-around because it is a required task on the Private, Instrument, Commercial, and ATP checkrides. 200 ft AGL on short final, “Ok, pretend you see the plane that is holding short start to taxi out on the runway. What are you going to do?” “I would go-around,” states the applicant. Now 100 ft AGL on short final, “Ok, let’s pretend they are taxiing onto the runway.” “Do you want me to go around?” asks the applicant. Now 50 ft AGL, “I want you to use your best judgment.” “Ok…uh, going around,” shrugs the applicant as if their attempt at the landing was a failure. What should have been a snap decision and an easy maneuver at 200 ft AGL has now become a coerced decision and difficult maneuver at 25 ft AGL.

So why do we hesitate to go-around? Pride: a go-around feels like an admission to failure. Get-there-itis: “Just land it and I’m done for the day.” Invulnerability: “I’ve been too fast before and this runway is long enough that I have room for error.” Without going too far into our psychological depths I am confident in saying there are very few truly legitimate reasons for not performing a go-around. So how do we solve this conundrum? The same way people train to fire a rifle without flinching: PRACTICE!

The CFRs require a pilot to have 3 takeoffs and landings in the preceding 90 calendar days if we desire to carry passengers. I created my own addendum and require myself to perform at least one go-around every 30 days. In order for the go-around to count it has to occur less than 100 ft above the runway elevation. Pretty ridiculous, I know. However, since I’ve started this I’ve witnessed something in my behavior. When the need to go-around presents itself, both in training and in real life, the decision has become instinctual and non-eventful. A simple switch flips in my head and I’m already calling out “gear up” before I know it. I strongly urge you to try this and heck, let’s up the ante: perform the go-around on what you suspect will be your very best approach to a landing for that day. Consistency is key for training this type of decision making so keep at it.

Someone once said to me a line that surmises this article in one sentence: “The only landing you ever have to make is the one when you’ve run out of fuel.”