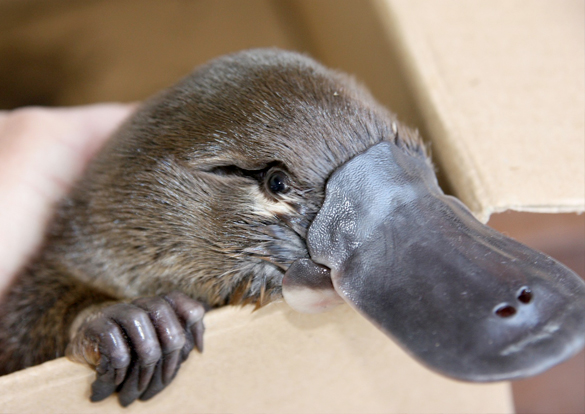 The Platypus and Other Oddities 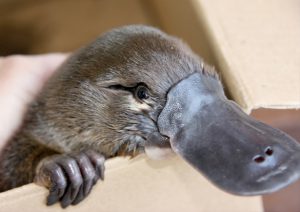 Have you ever studied Australia’s beloved oddity, the platypus? It’s a mammal, lays eggs, then when the young hatch they obtain nourishment through their mother’s milk. They have a bill similar to a duck and use it for electrolocation and an ankle spur that’s capable of delivering a painful venom. Is it Nature’s evolutionary dead end or is it an evolutionary leap? Depends on who you talk to, but in the tradition of the lovable and admittedly comical platypus, let’s turn and look at some of the oddities we can find in aviation. Believe me, they are true and the sarcasm/comedy is intentional…

As pilots we have learned to both love and hate the magnetic compass. Incredibly simple to use once you understand it sometimes has incredibly complex errors. In many turbojets and turboprops the compass is considered completely unreliable once the windshield heat is turned on…which is on for most of the flight. In one particular make and model jet it always points west no matter where you’re headed! I guess America’s manifest destiny was still in the engineers’ minds at the time.

Unreliable compass errors are the least of our problems once you’ve buckled into the Boeing 717 (formerly the MD-80). To help alleviate the electrical interference, the magnetic compass is placed in the ceiling and behind the first officer’s seat. It also faces aft towards the cabin. Problem solved. New problem created: how do the pilots see the compass? With two mirrors of course! One aft of the compass face to reflect the image towards another mirror on the glareshield and finally into the eyes of the pilots. Simple, right? Maybe we should stop complaining about timed turns in our C172. 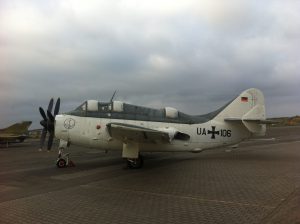 The British made Fairey Gannet is a naval airframe with multiple roles. Just looking at it can instill the common question, “Looks cool, but does it fly?” Admittedly it is an easy target for this article, but we will stick with the powerplant. At first glance the plane looks like a single engine turboprop. Pop some panels and you’ll be surprised to find housed within it the Armstrong Siddeley Double Mamba engine. It’s actually two turbine engines set side-by-side that connect to a common gear box. The gearbox turns a co-axial drive shaft which in turn spins two, yes two, counter rotating propellers. It is, in fact, a twin engine aircraft with little to no torque and less space used up by propulsion. Only the internet could turn up such an aberration in aviation.

Lastly, I end with a more comical engineering feat. Flying a large twin turboprop single pilot is both thrilling and exhausting. When the adrenaline drops off in cruise you typically reach for a cup of hot coffee. 30 minutes later you grab another. Then 60 minutes later, another. Now you face two hours before you land. Hmmm, that lav in the back is tempting, but who’s going to fly the plane? Well there’s relief…literally. Underneath the pilot’s seat in the Beechcraft King Air is a “relief tube” for just such “emergencies”. Mind you, it’s only for fluids so don’t think the engineers went too crazy on this one. You can actually relieve yourself when Nature calls without leaving the comforts of your seat and your passengers are none the wiser! Better have a $5.00 tip for line service when they clean the lav, right? Nope! Your bodily fluids simply vent into the atmosphere. The positive pressure inside the cabin creates airflow to draw the fluids outside along with the pilot’s apologies to everyone below.

Engineers have a way at looking at the world and for better or worse, the ingenuity is something we can all admire. See what quirks you can find in the aircraft you fly. Spark up conversations with other pilots to see what their experiences are and you’ll surely find out that what may be common to one is foreign to another. We look forward to hearing about other oddities you may have stories about.